The San Diego Second Amendment Sisters/Armed Informed Mothers (SAS/AIM) was joined by the San Diego members of the Tyranny Response Team in Balboa Park on Mother's Day 2001. Our ranks were sparse but spirited. The signs encouraging passing drivers to "Honk if you own a gun" or "Honk if you love freedom" kept the air alive with honking horns. Most cars passing through the intersection offered support. As expected, we also received a few "thumbs down" and "finger up" greetings from detractors. It was a pleasant day to acquire a sunburn and educate a few more curious citizens. 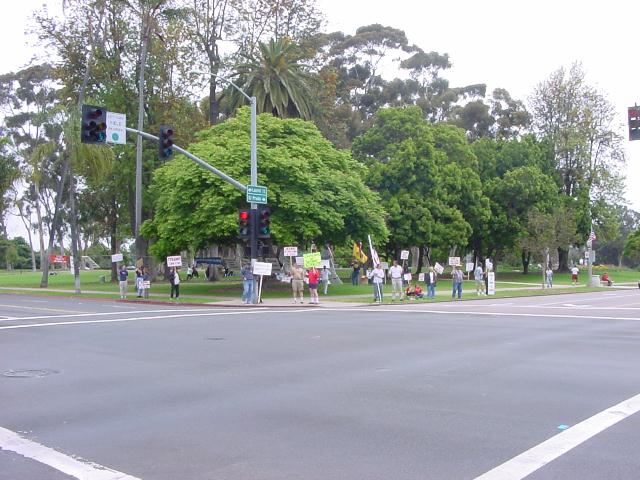 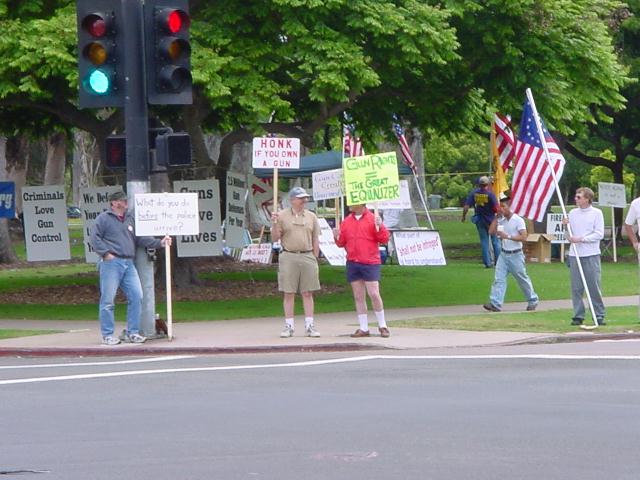 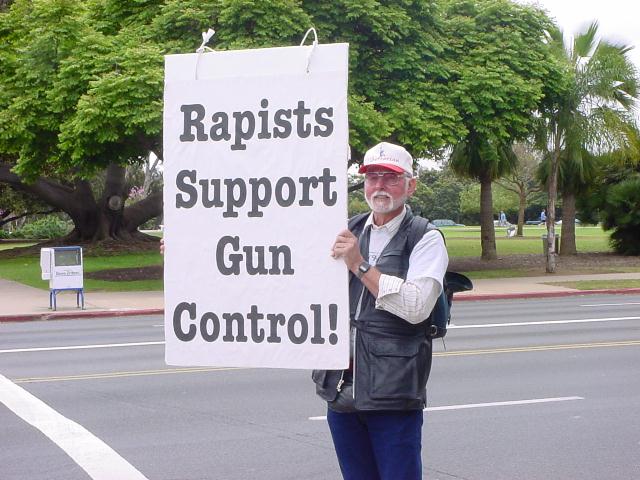 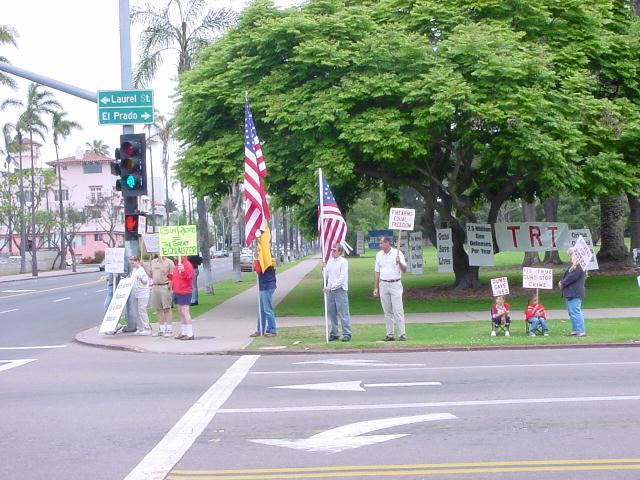 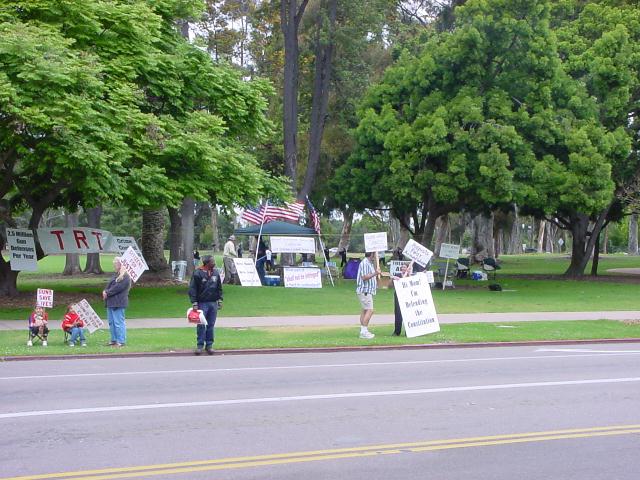 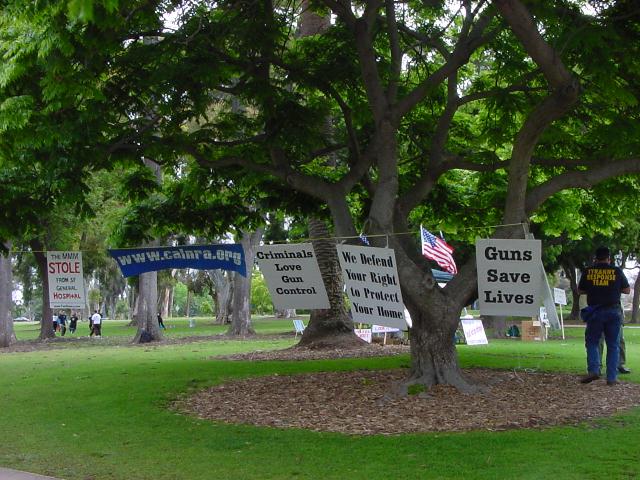 The park ranger made us remove the signs on lines 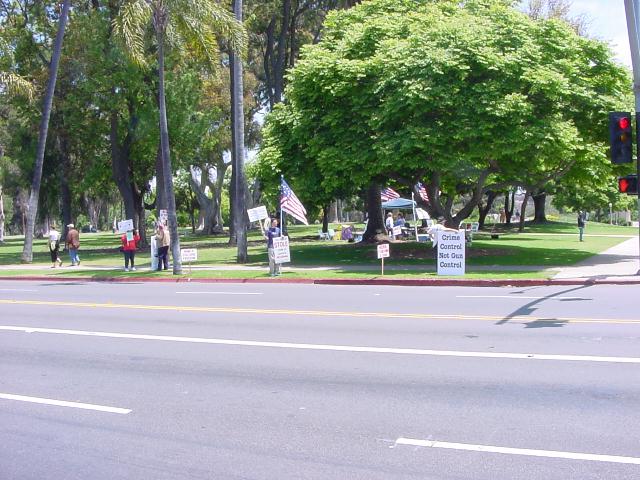 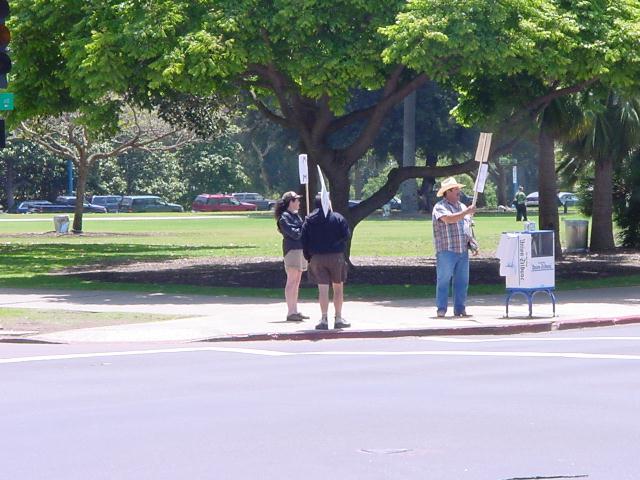 All four corners where "occupied" territory for best exposure 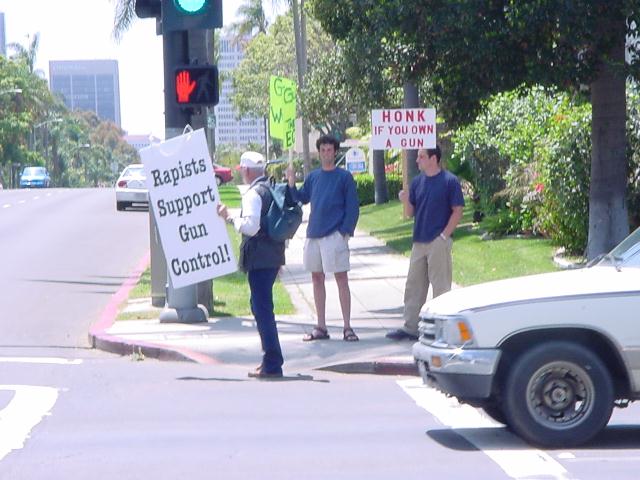 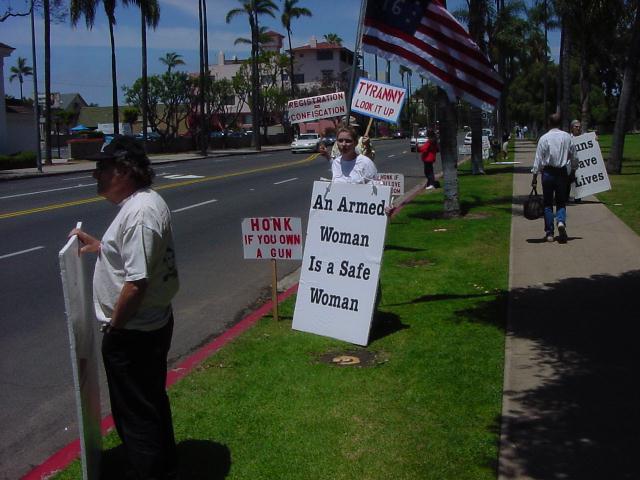 A SASsy Sister complete with SAS T shirt and sign 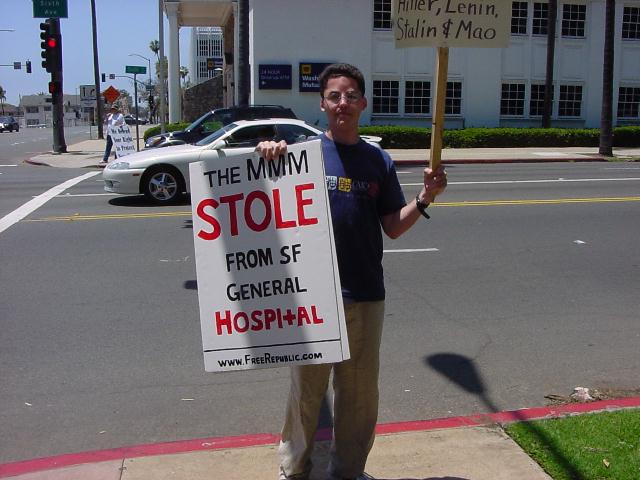 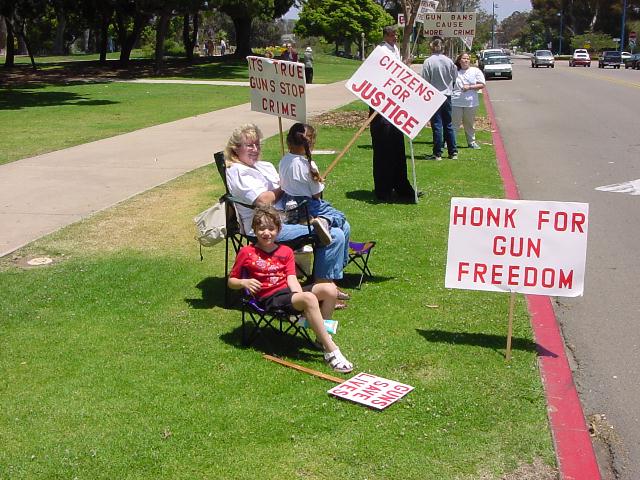 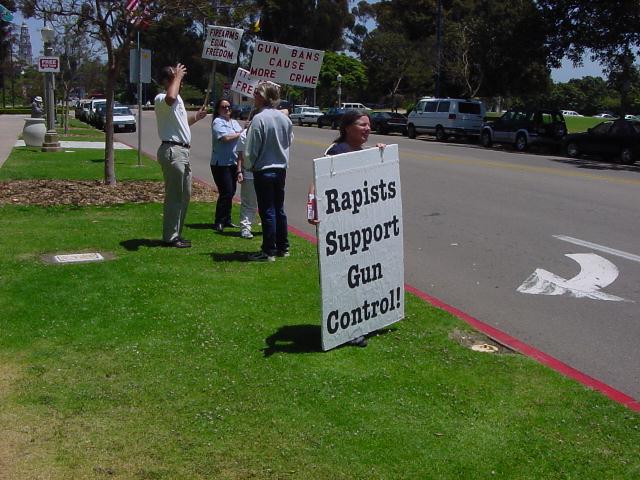 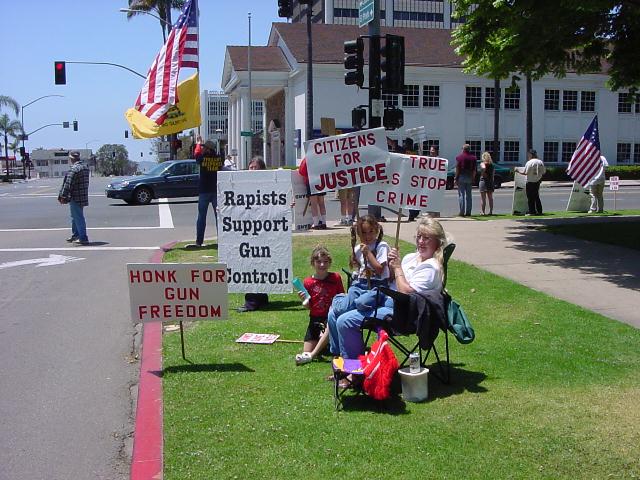 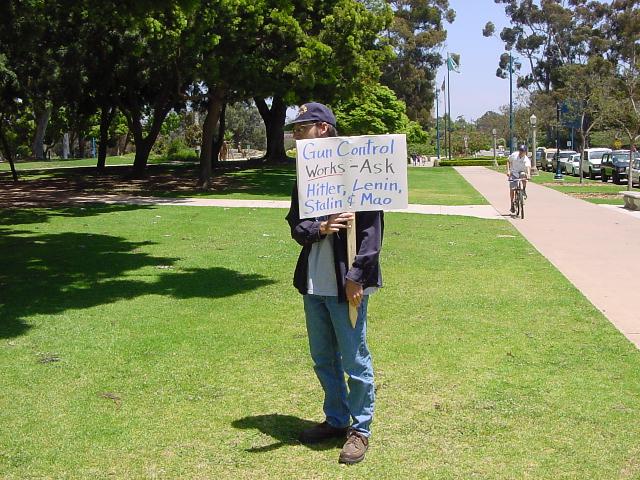 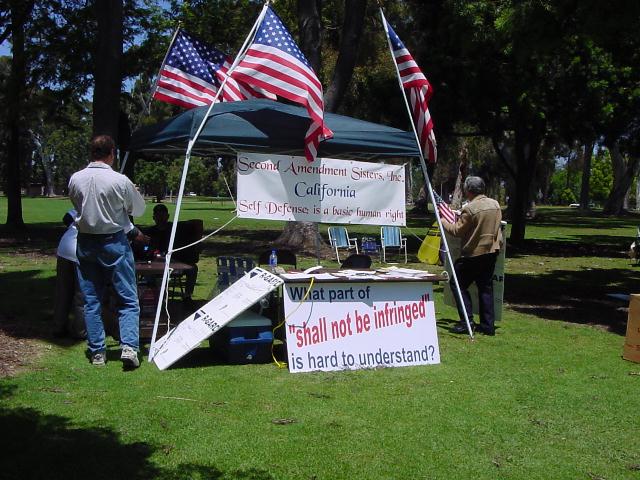 A table with information flyers and bumper stickers was provided 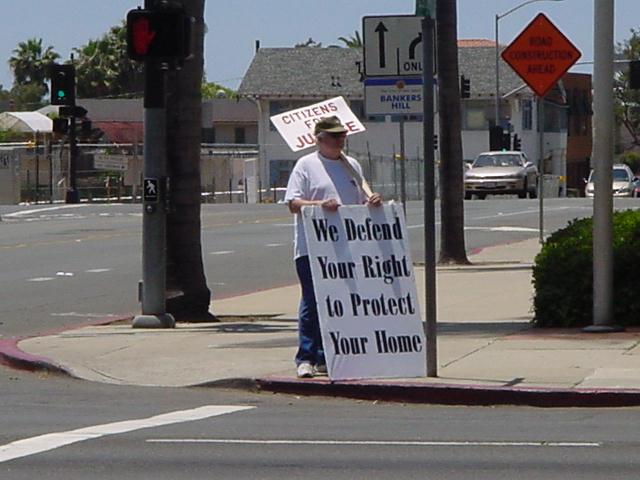 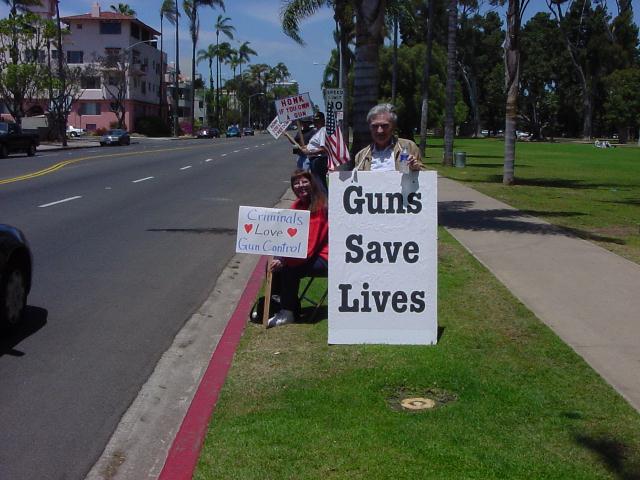 We were represented by the older generation 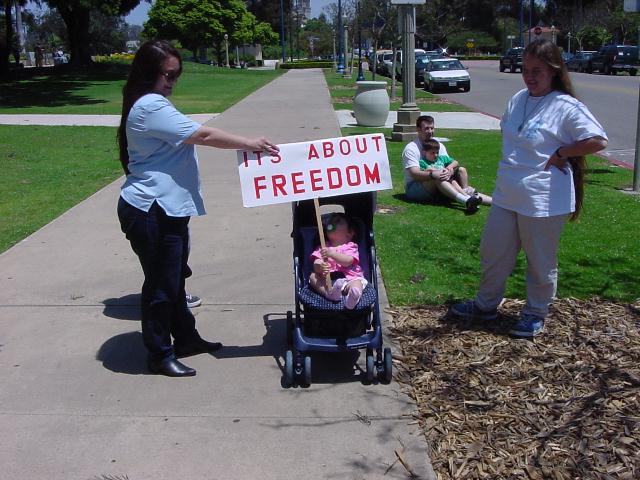 And the younger generation as well 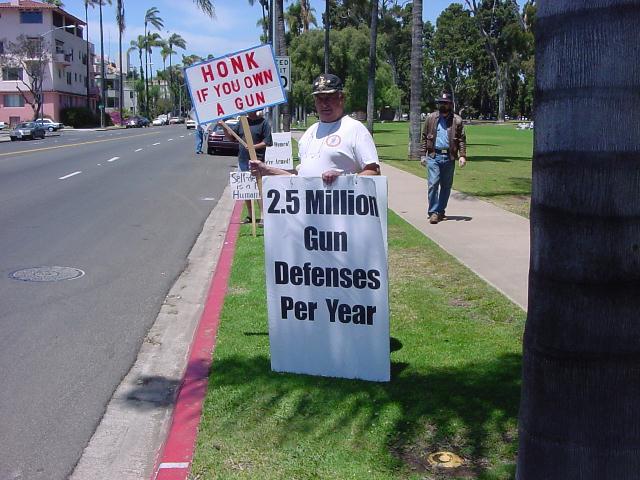 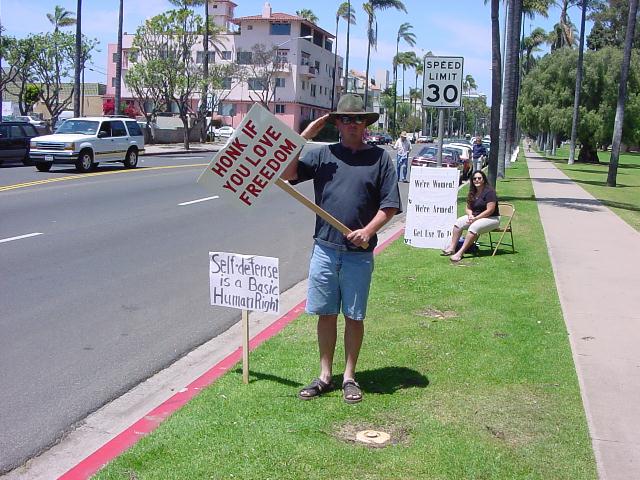 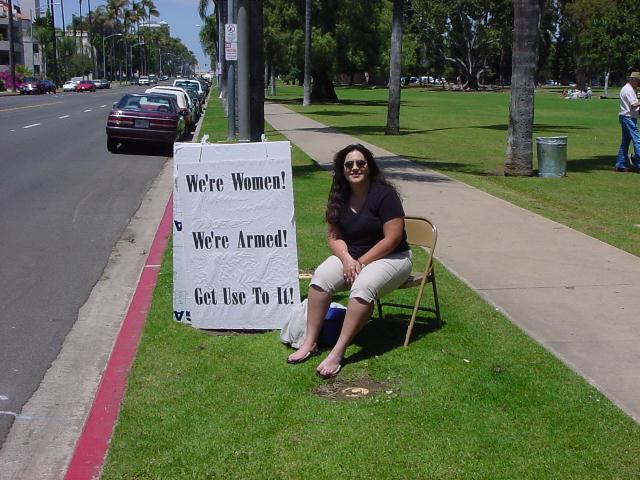